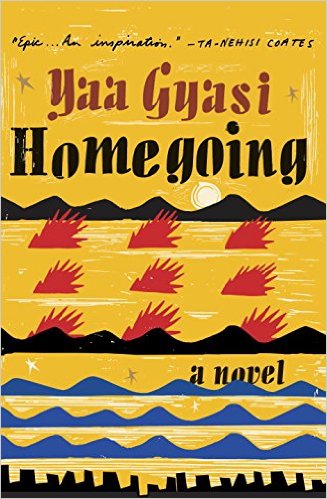 From the floor of the dungeon, I could see a fragment of sky through an air hole near the ceiling, a tree length beyond reach and too small for a human body to squeeze through. Nearly two centuries after humans had been chained in this fortress on the coast of ­Ghana, I stood with a group of African-American ­scholars too numb to speak. The breath and sweat of the doomed seemed brined into the walls. Might our ancestors have lain pressed against strangers in this tomb, their bodies no longer belonging to themselves, not knowing the horrors yet to come?

We followed our tour guide, a cheerful Ghanaian, to the governor’s bright quarters with its views of the sea, to the courtyard where we were told the governor and his aides would pick which female captives they would have for the night. At last, we reached the well-tended grave of the governor, and it was then that a member of our party, a professor of even temperament, broke from the group. He stepped near the grave, leaned over and spat on it. In silence, we watched and understood. The guide waited at a remove, permitting us our grief.

The unhealed ruptures of slavery, persistent as memory and rubbed raw in such an instant, course through “Homegoing,” the hypnotic debut novel by Yaa Gyasi, a stirringly gifted young writer, that contemplates the consequences of human trafficking on both sides of the Atlantic. The book tells the story of two half sisters unknown to each other and of the six generations that follow, their lineages broken by enslavement and cursed by premonitions that condemned those who were captured, those who were spared and those who sold hostages to the Europeans.

The novel opens in the mid-18th century with the birth of one sister, Effia, in what is now Ghana, as a fire raged across the land and in the hearts of men consumed in a race for human bodies: “It lived off the air; it slept in caves and hid in trees; it burned, up and through, unconcerned with what wreckage it left behind.” Effia is given in marriage to the British governor of Cape Coast Castle and lives in luxury high above the dungeons in which Esi, her half sister, is held. Captured during a raid on her village, Esi is packed in the waste of her fellow captives, starved, beaten and raped before being stacked on a ship where “when a man died on top of you, his weight would press the pile down like cooks pressing garlic.”

The narrative unfolds through self-­contained stories, some like fables, others nightmares, that shift between the family lines in West Africa and America, each new protagonist a limb of the disrupted family tree. Characters reappear in dreams or retellings as the action moves from the Cape Coast to Kumasi to Baltimore to Harlem.

Throughout, the focus is on the wounds inflicted on the colonized and the enslaved. The villages of West Africa come alive as Gyasi conjures a world of hand-swept compounds, families sharing goat pepper soup, men sleeping with machetes under their beds to protect against capture. Just as the Europeans intruded upon the world of the native people of America, so did they sow disorder in the West African kingdoms, exploiting pre-existing ­rivalries. Old alliances fell to human greed to satisfy a ruthless market. Asante traders collected captives; Fante or Ewe middlemen would sell them to the British or Dutch, “whoever was paying the most at the time,” as Effia’s grandson, James, describes the family business of kidnapping and selling human beings.

When the hunger for humans exceeded the supply from war, the coastal warriors took greater risks, informing on one another and forging deeper into the forests to kidnap villagers from their huts. People began disfiguring themselves to escape capture: “Northerners, who were most frequently captured, could have upwards of 20 scars on their faces, making them too ugly to sell.” The native people began calling the white man “Abro ni” — wicked one, the one who harms — for devising the trans-Atlantic trade that had pitted them against one another, and made their ­bodies worth more, it seemed, than the gold for which the coast had been named.

Some showed contempt for those who were doing the Europeans’ dirty work. A young woman rebuffs James, saying she “will not shake the hand of a Fante slaver.” The betrayals cast a shadow and raised enduring questions of what might have happened had the Africans stood together against the Europeans. “Everyone was responsible,” James tells the village. “We all were . . . we all are.”

Word spread about what had become of the stolen ones — that they were held in a slave castle on the coast and taken across the sea. Those who remained could not comprehend the evil. “The way they treat the slaves in America,” James overhears his father say after reading of the ­brutality in the American South. “It is unfathomable. Unfathomable. We do not have slavery like that here. Not like that.”

Both branches of the family suffered for centuries. One side endured missing relations, war with the British, eventual colonization. The other: torture and whips, Civil War, chain gangs, lynchings, Jim Crow. And night terrors afflicted the entire line. In antebellum Baltimore, Beulah, Esi’s great-granddaughter, “would wake herself up to the sound of her own screams or she’d have scratches along her arms from where she’d fought invisible battles. Other days she slept still as death, tears streaming down her face.” In West Africa, near the turn of the 19th century, one of Effia’s descendants dreams of fire “shaped like a woman holding two babies to her heart.”

The West African chapters are the heart of the book, a deep channeling of multilayered humanity. Gyasi evokes what was lost to those who were sold away — the sense of individual and collective identity, a wealth of rituals and customs they’d be whipped for trying to retain in America. In the mother country, life’s losses and turning points were a time of communal recognition: The death of an Asante king was mourned for 40 days, weeklong puberty rites celebrated a girl’s first menstrual cycle. Identity and intimacy were bound up in language; a servant girl in mid-20th-century Ghana is shown speaking labored English to her employer, until he tells her to speak their own language. “We hear enough English here,” he says, and she breaks into Twi with relief. Thus begins one of the book’s lovelier courtships. But on a slave plantation in Mississippi, Esi tries to teach her young daughter, Ness, their native tongue and is given five lashes for every Twi word the girl speaks. Later, little Ness is sold off without warning or ceremony or permission to grieve.

The American chapters are full of harrowing scenes — gruesome whippings, torture, condemnation to the ­Alabama coal mines. There is even fear in freedom. In a section in Baltimore, we see the Fugitive Slave Act going into force, exposing any black person in the North to kidnapping and re-enslavement. Beulah’s father, who had remembered “the days of running through forests and living under floorboards” to escape bondage, gathers his children and makes them practice showing their papers to any white person who might demand to see them “without any back talk, always silently,” in the way that African-American parents today give “the talk” to their children in preparation for interaction with the police.

In the first, magical half of the novel, Gyasi walks assuredly through the terrain of Alex Haley, Solomon ­Northup and Chimamanda Ngozi Adichie in her intimate rendering of the human heart battered by the forces of conquest and history. The spell breaks as the narrative moves into the present and begins to be populated by familiar characters and themes: a single mother who finds solace in the church; a man who chooses to pass into the white world; their son, a drug addict who’s done jail time. Gyasi seems more interested in broadly exploring American social ills rather than immersing us in the lives of her characters.

More disappointingly, the lyricism and depth of the scenes in West Africa give way to the coarser language and surface descriptions of life in America: West African men are shown courting their women, while, for a 19th-century African-­American man: “It was the butt that had done it. . . . He’d seen it coming around Strawberry Alley and had followed it four whole blocks.” As the characters on the West African side of the family talk of breaking free of colonialism, inspired in part by the gains being made by the ­civil rights movement, the dialogue on this side of the Atlantic runs more to: “We got so many roaches and rats, we got to keep the toothbrushes in the fridge,” or a single mother haranguing her son: “You’s a hardheaded fool. . . . You need to stop spendin’ time in jail and start spendin’ it with your kids. That’s what you need to do.” And there is a jarring moment when the last of the West African line, a young girl named Marjorie, immigrates to America with her parents, settling in Huntsville, Ala. (as did Gyasi’s family). There, she learns that the people who look like her “were not the same kind of black that she was.” The only African-American student we meet is a girl named Tisha, who ridicules the studious Ghanaian. “Why you reading that book?” Tisha asks her. When Marjorie stammers that she has to read it for class, Tisha makes fun of her. “I have to read it for class,” Tisha says, mimicking her accent. “You sound like a white girl.” It is dispiriting to encounter such a worn-out cliché — that ­African-Americans are hostile to reading and education — in a work of such beauty.

Given all that the stolen had survived, I longed to hear parallel wisdom on both sides of this human tragedy. But, on the whole, African-Americans are shown as passive, boats buffeted by the currents. Rarely do we see the richness of their lives — the organized resistance, the faith in the face of near hopeless odds, the creativity and ritual that grew out of hardship. Still, the great, aching gift of the novel is that it offers, in its own way, the very thing that enslavement denied its descendants: the possibility of imagining the connection between the broken threads of their origins.

One is left to ponder the words of Akua, an old Asante woman and one of Effia’s descendants, as she speaks across eras and oceans: “There are people who have done wrong because they could not see the result of the wrong,” she tells her estranged son. “Evil begets evil. It grows. It transmutes, so that sometimes you cannot see that the evil in the world began as the evil in your home.” The curse of enslavement, she says, is “like a fisherman casting a net into the water. He keeps only the one or two fish that he needs to feed himself and puts the rest in the water thinking that their lives will go back to normal. No one forgets that they were once captive, even if they are now free.”